6 Rocking Games to Perfectly Pair With a Hawaiian-themed Party

If you are hooked onto a Hawaiian themed party and looking for some related games, get them right here in this PartyJoys article. 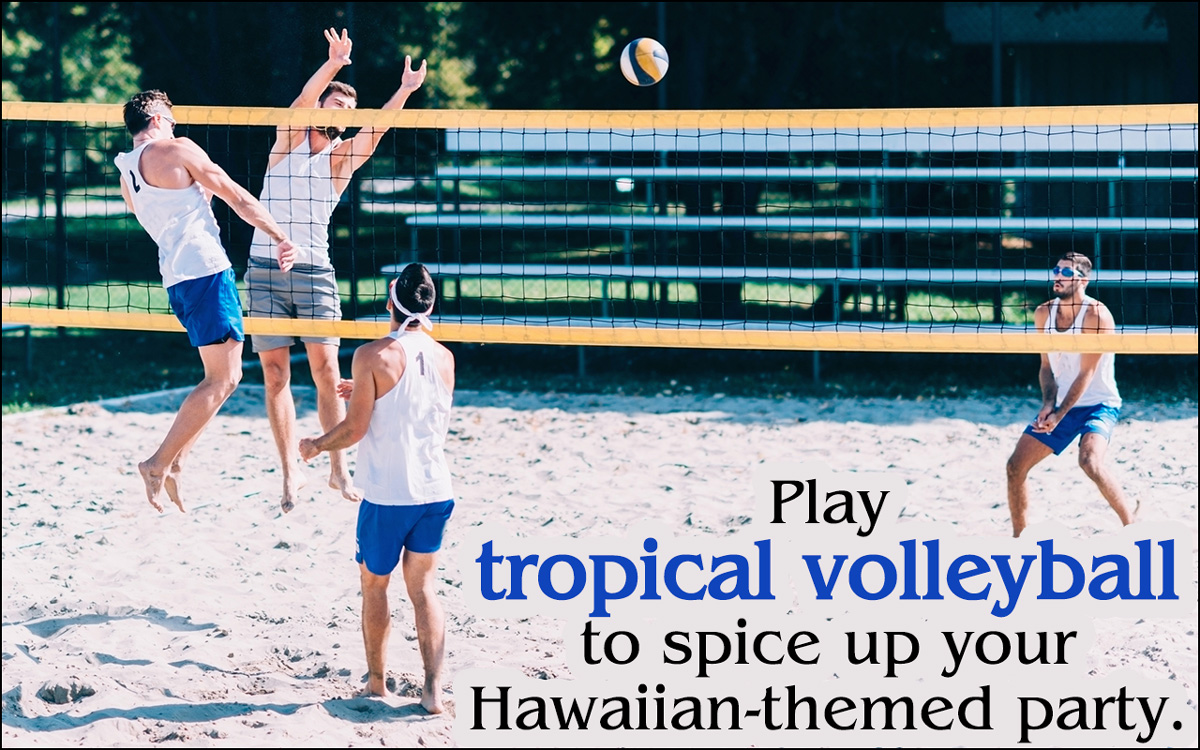 If you are hooked onto a Hawaiian themed party and looking for some related games, get them right here in this PartyJoys article.

There are several ways in which you can celebrate a Hawaiian themed party. Hawaiian Luau games and activities are very famous and are celebrated widely in almost every party based on Hawaiian theme. But to be honest, it is not a necessary requisite to have Hawaiian Luau games and activities in every such party. All you need is – great friends, warm weather, lovely tropical ambiance and the following ideas for Hawaiian party games.

Hawaiian knots makes a wonderful puzzle game and is one of the most interesting Hawaiian party games. In this game, all the players are supposed to stand in a circle and place their hands in the center of the group. This game should not be played in a group of more than ten players in which case, the circle becomes too large and holding hands gets difficult. The players should then close their eyes and hold hands with anyone in the circle. All this while, all the players need to keep their eyes closed. Make sure that you do not let any player get away with holding hands with a person standing next to them. Players cannot try to hold their own hands!

Having done this, the hands of the players will be in a knot. Let all the players open their eyes, and ask them to undo the knot by moving around to come back and form a circle without breaking the chain of hands. Keep it interesting and fun. Try not to stress out ’cause games are supposed to be fun-time!

This is one of the classics. Set up a Hawaii beach theme, now all you need to do is, divide your party guests into two different teams. This game requires a bit of a set-up. So, you will require beach chairs, towels, leis, coconut top, and grass skirt. Once all these materials are available, start setting up a beach towel or a beach chair at one end of a room or outside (depending on your event location). Each team must be provided with a lei, a coconut top, and a grass skirt. When you say, “Ready, steady, and Go”, one team player must wear the skirt, lei, and the coconut top, run to the towel in a race with the other team player, and return to the start line. Once the first player returns, he will pass on the entire Hawaiian outfit to the next team member of his own team. This process follows till all the members have raced and returned to the start line. The team that finishes the race first or in the least time, wins the beach relay game.

This is one of the easiest game as there are not many rules in this one. This game, called aloha ripple name, involves saying a person’s name along with ‘Aloha’ while making a dance move. You need to make everyone stand in a circle, keeping a distance of an arm’s length between each of the guests. You can start this game ‘Aloha Name Ripple’ by saying any guest’s name randomly with ‘Aloha’ while performing a Hula dance move. Here’s an example: yell, ‘Aloha Bradley’, and perform a Hula dance move by swinging your arms forward and up above your head in a typical Hula motion. The game will be more fun if you play some Hawaiian party music in the background. Once the game begins with you yelling ‘Aloha Bradley’, the player next to you on your left will repeat this Hula move with Bradley’s name and the next person’s, and the next until the ‘Aloha Name Ripple’ covers all the names. Keep up the game spirit and the enthusiasm until every player at your Hawaiian party is named.

The best blend of tropical ambiance and your favorite beach sport is what tropical volleyball is all about. As obvious as it seems, the first step in this Hawaiian party game is setting up a volleyball net. If you do not have a volleyball net, you can use a clothesline to hang across the yard. Divide your guests into two different teams. Play the usual volleyball, but not with points. The two teams will earn letters of the word ‘tropic’. The team which forms the word T-R-O-P-I-C first, that is, the team that scores all the letters first, wins the game. You can add more fun and frolic by naming the two teams, a tropical or Hawaiian name and arranging Hawaiian costumes for each of the team player.

This game is a tropical twisted version of musical chairs. It is easy and so much fun; all you need to do is set up beach towels instead of chairs around your yard or inside the house. Play tropical dance music or Hawaiian party music. As soon as you play the music, the players start running around the towels. Make it a rule to make only Hula moves while they move around the room while the music is being played. The moment the music stops, all the players must grab a seat on a towel. The player who is without a towel is out, and one towel is removed. Keep it going till only one towel and two players are left. The one who grabs a seat on the last towel wins the game. Add extra fun by arranging Hawaiian themed colorful towels and arranging a Hawaiian gift for the winner.

One of the most popular of the Hawaiian Luau games and activities, Hula mania is a game for all! You will need few hoops of Hula. Give each person a hula-hoop and start the timer/stopwatch. Ask each player to do hula, and keep a watch on his time while he performs hula. Keep this game going until every player has had his chance. The player who scores the best time wins the game. Make it more interesting by playing typical Hawaiian music, and ask everyone to wear a cute grass skirt to keep up the spirit of Luau. The winner gets to keep the hula-hoop. You can also present a Hawaiian themed gift to him.

The aforementioned ideas will definitely spice up your tropical party and once your guests play these games, they will just need another excuse to have a Hawaiian themed party again. So, keep up the Hawaiian spirit and make fun a four-lettered word! 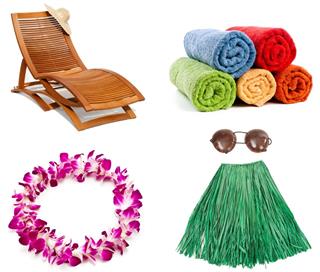 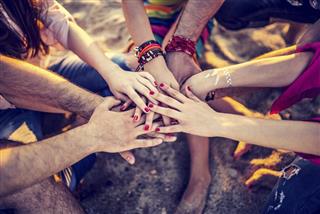 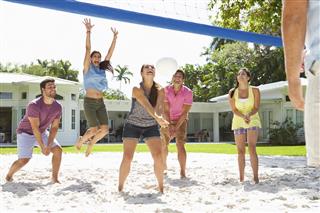 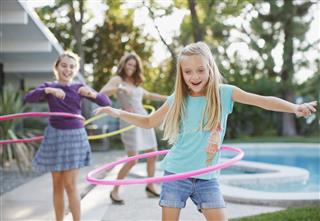 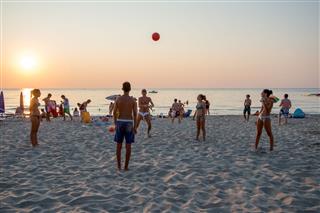