7 Impishly Fun Games for the Jollification of Your Pirate Party

If you are throwing a pirate-themed party, you would want to include some fun games to spice up the occasion. Here are some ideas that you can try out at your bash. 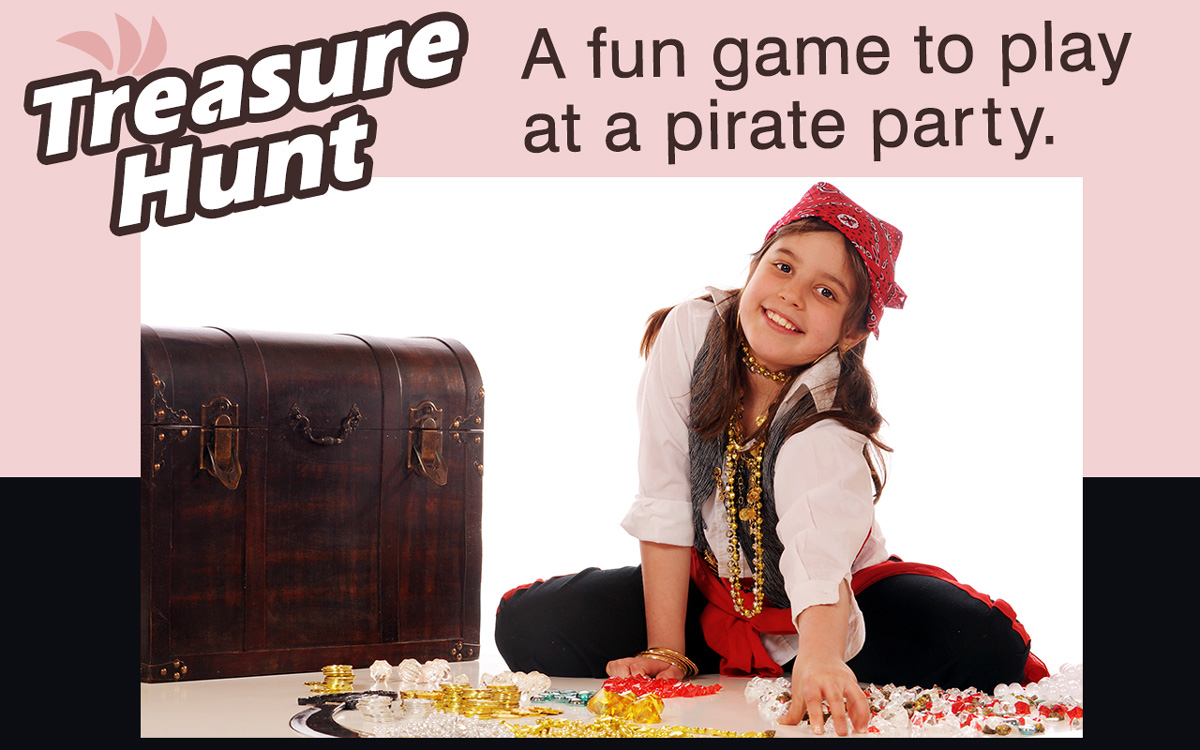 If you are throwing a pirate-themed party, you would want to include some fun games to spice up the occasion. Here are some ideas that you can try out at your bash.

You may never want to set eyes on a real pirate in actual life, but when it comes to parties, pirate themes seem to be particularly popular. The success of movies like ‘Peter Pan’ and ‘The Pirates of the Caribbean’ series certainly has something to do with it.

Any self-respecting pirate will know how to wield a sword, especially in desperate situations. Set up a plank above the ground, but not high up enough to be dangerous. The idea is for two participants, armed with balloon swords (they tend to hurt less), to duel one another while maintaining their balance on the plank. The person to fall off first loses.

This probably is a logical game to play after the sword duel. Divide your guests into pairs, and assign one to be the medic and the other to be the injured pirate. The good doctor is supposed to bandage up the wicked pirate in record time. Use toilet paper rolls as bandages, and anyone that tears up the paper has to start all over again. The winner is the team who not only finishes first, but has managed to get the bandage on the most competently.

This is probably the most favorite of all pirate-themed party ideas and activities. You need to have the following―a well-drawn and authentic-looking (crumple up the paper a bit and stain it with tea) treasure map, clues hidden in strategic places, and of course, the treasure (a jar of gold and silver chocolate coins, maybe). The map can be the first clue, leading to the next, which in turn will offer a hint about the next, and so on until the treasure is found. If you have a sprawling, shrub-infested area around your home, all the more fun. You can have two or three teams trying to find the treasure, and the winner gets the treasure as well as another prize.

The Ghost of Blackbeard

Dim the lights and have all your guests sit around in a circle. Give one of the guests a note with a cryptic phrase. he/she should read it without showing it to anyone, and then whisper the message to the person sitting immediately next to him. This person should in turn should pass on the message, until the message is passed on to the last person. The last person should then speak the message out aloud. This passed-along version of the message, you will find, will usually be totally different from what was originally written down. Don’t worry about it. It’s just the Ghost of Blackbeard creating havoc with the communication line, that’s all.

One of the guests is the pirate, and all the others sit around her/him in a circle. The pirate sits there in the center, either with his eyes shut or with a blindfold on, and with a bunch of keys right in front. You are supposed to move close quietly, pick up the keys, and return to your place in the circle, all without the pirate hearing you. Then the pirate gets to guess who took his bunch of keys. Three tries to guess, and if guessed correctly, the other person then becomes the pirate.

Take three white marbles and paint them to resemble eyeballs. Then get a tub or a deep bowl, and fill it with wet clay, buttons, other marbles, string, and the painted marbles. Cover with a cloth. Ask your guests to put a hand under the cloth, dip it in the bowl or tub, and bring out whatever object they touch first. The winners are the ones who manage to draw out the glass eyeballs.

Come up with piratical phrases and ask your guests to come up with some as well. The other guests can try to figure out what exactly you mean when you holler things like “Splice the mainbrace, Buccaneers!” 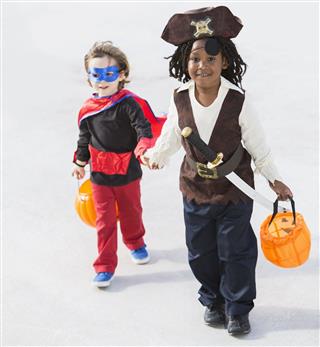 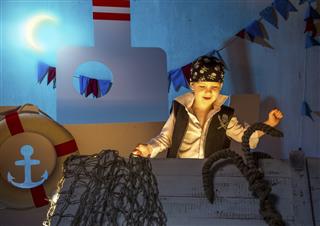 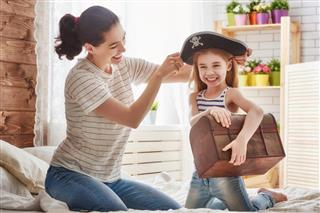