Want to throw a 'kick-ass' Disco Party? Well gather up the disco ball, the disco lights, some food and some (lots of) drinks, no need to mention the most rocking music, and ya do not forget to arrange for the cutest party favors. And the people you ask?? Well, have all this and the crowd will fly in, like a moth to a flame!

Want to throw a ‘kick-ass’ Disco Party? Well gather up the disco ball, the disco lights, some food and some (lots of) drinks, no need to mention the most rocking music, and ya do not forget to arrange for the cutest party favors. And the people you ask?? Well, have all this and the crowd will fly in, like a moth to a flame!

A night out at a discotheque can burn a serious hole in your pocket. From spending a handsome amount on what you wear and spending hours on deciding how you look, a disco party is seriously demanding. At the end of it, you look downright sexy and enter a dark room, with a truckload of people crammed in on the dance floor. Additionally, the dance floor doesn’t even give you the elbow room to stand, let alone dance! With so many glitches, it’s a great idea to host a disco party in your backyard or terrace. This way you at least know the people attending the party, as against getting stuck with bunch of strangers. Another reason, for having such a party at home is that it turns out cheaper and safer, on any given day.

Planning every party begins with party invitations. It is the first thing that you need to plan in order to invite the guests. You can either design your own invitations or get ready-made ones, depending on the theme of your party. Pen down some informal invitation wording and send the invite with an option of R.S.V.P. Lastly, don’t forget to give your cell phone number or e-mail address for correspondence. The party invite must convey the theme of the party to your guests.

Disco decoration is a huge part of the party planning. After all, it brings out the life of the party. To get the quintessential discotheque look, firstly you need to host the party post sunset. Consider the theme of the party while doing up the decor. Say for instance, if it’s a ‘blast from the past’, you need to keep in mind the flashy disco balls, bright colors, colorful lights and tacky mirror balls hanging from the ceiling.

You don’t really have to go with the theme. The party food must be such that is enjoyed by all. If it’s a party for adults, you can serve liquor as well. A party without appetizers seems incomplete. Thus, try some of these appetizers and finger foods at your party. If you are hosting a party for the kids, liquor can be well substituted with punch.

A disco party and music are synonyms. Whether kids or adults, music is an integral part of a party. Get your research done for the latest hit disco songs to keep the party going all night long! You can hire DJ for the party or play your own music. Nonetheless, make sure your party has good music playing as long as your guests are there.

Games build up the spirit of the party. They are great ice breakers too. Party games such as limbo, dance contest, hula hoop, freeze dance, pass the parcel, karaoke or give me are some of the famous party games that add an element of fun to party and make it different from rest of the disco parties!

Last but not the least, every party needs to end on a note of gratitude with party favors. Party favors are especially important, if you want your guests to remember the party for a long time to come. It’s a way of ending the party on a sweet note, until the next one. Candies, chocolates, stationery, small souvenirs, candles or card holders are some of the party favors that you can giveaway.

Make sure your party supplies are in sufficient quantity. An R.S.V.P will give you an estimate of the number of people likely to attend your party. This will help you plan for food, gifts, and other such things well in advance. Party is all about being in the moment, losing all your inhibitions and enjoying every moment of it till it lasts, preferably till the sun comes up! 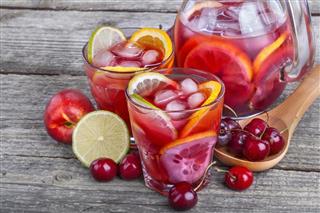 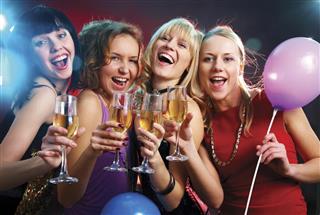 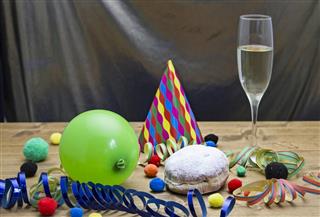