Are you planning to have a pajama party at your place? If yes, then you might need some of the girls' pajama party ideas given below for a rocking and successful bash. 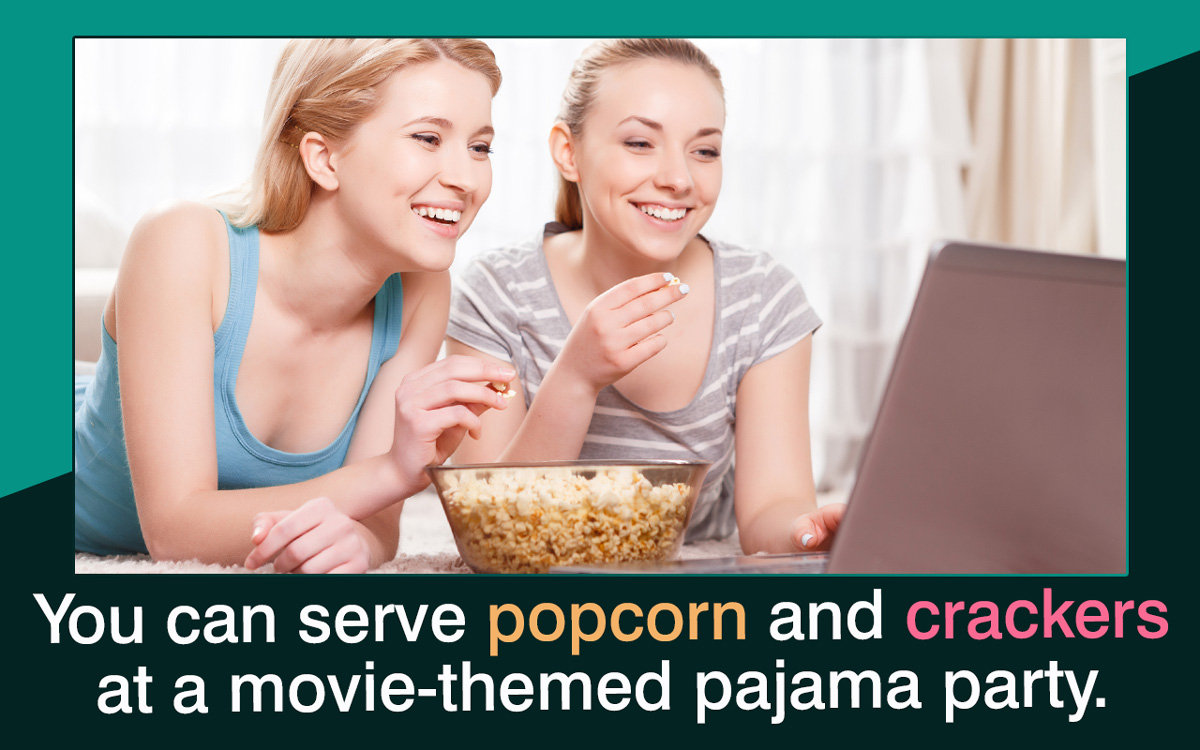 Are you planning to have a pajama party at your place? If yes, then you might need some of the girls’ pajama party ideas given below for a rocking and successful bash.

Pajama party is one of those rare moments for teenage where they get to enjoy their own way, without any restrictions. Gossiping, makeovers, movies, and junk food is what a girls’ pajama party is generally all about! However, there are many other things that can help in making this bash successful. To make any party a hit, a few basics need to be always kept in mind. Firstly, the number of guests, as the food, entertainment, and sleeping arrangements of the party will depend on the number of guests. Also, be prepared for some uninvited extra guests as the invitees can get a friend along with them. The following are some ideas for you.

Games are actually not needed at a pajama party, because most of the time is spent in giggling and pillow fighting, and the remaining half in sleeping! However, games are a sure shot way to keep each child entertained, which also means less chaos. One classic pajama party game is passing the pillow. To make this game more interesting, present a small gift to the girl who is holding the pillow when the music stops. However, make sure that each girl does get a gift! Another interesting game is Test Your Taste Buds. As the name suggests, the participants have to taste certain foodstuffs and recognize them, but the catch is that the participants are to be blindfolded. Have a variety of foods, like milkshake, mustard sauce, tea, etc., for the test. The girl who recognizes most of the items, wins.

The host of the pajama party has to arrange for dinner as well as breakfast of the invitees. You do not need to have any exotic dishes for this kind of party. You can just have different kinds of cookies and pizzas served. You can also serve popcorn, crackers, and pretzels, especially if it is a movie-themed party. And , ice creams are of course a must! For breakfast, you can serve bacon, sandwiches, cakes, fruit salad, etc. Just make sure that the breakfast is healthy, as the dinner generally consists of junk food.

This was all the information you will need to host a rocking girls’ pajama party. Girls tend stay in small groups so make sure that none of the invitees feel left out. 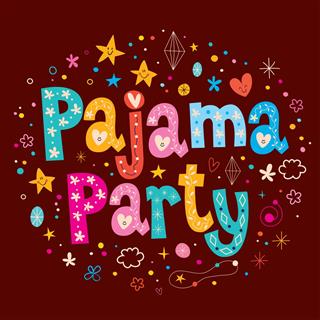 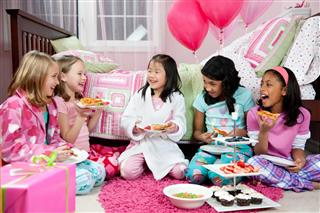