How to Play Beer Pong – A Popular Game for the Youth

Beer pong is slowly becoming one of the most popular games among college students. Here's how to play the game of the couch potato champions. 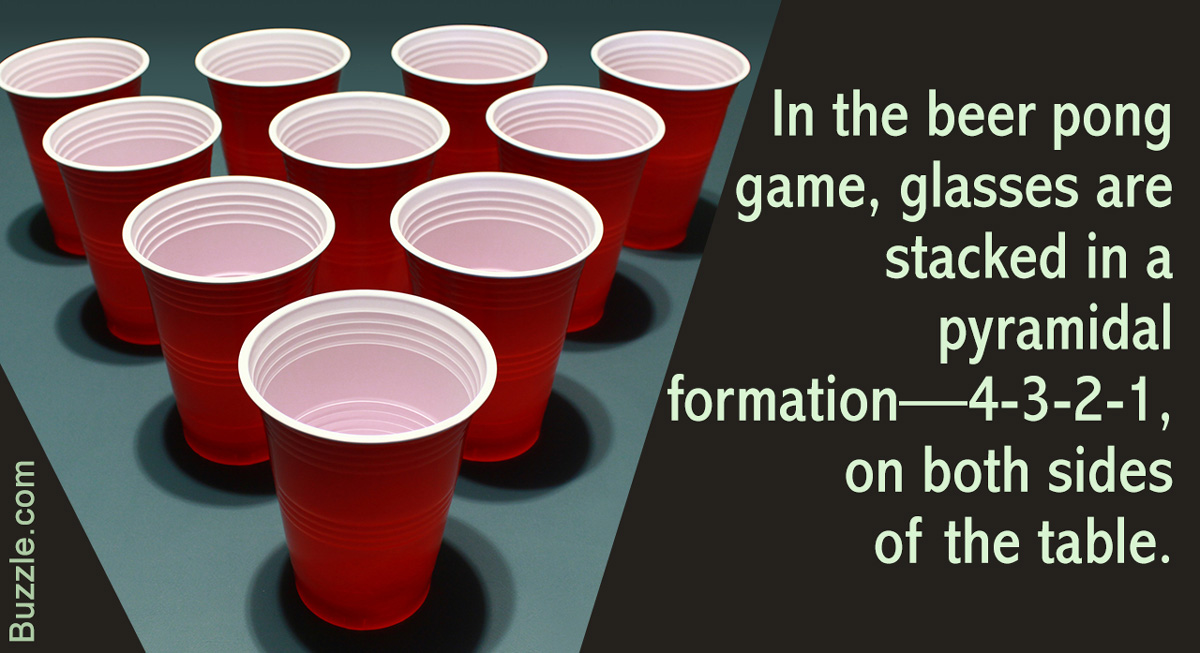 Beer pong is slowly becoming one of the most popular games among college students. Here’s how to play the game of the couch potato champions.

Beer pong is a relatively easy game, but requires a lot of skill. It can be played by anyone who has crossed the legal drinking age limit.

This party game has no officiating body, so there are no standard rules to the game of beer pong. While the objective of the game is the same everywhere, the corollary rules to the game may vary. It is typically played by college students, so different colleges tend to have slightly different rules.

As the name suggests, you will need a ping pong ball and some beer to play the game. You also need some glasses (challenge yourself with cups which have smaller rims), a table, and two teams of two players each.

The two teams stand at two ends of the table. Stack up the glasses in a pyramidal formation, i.e. 4-3-2-1, on each side. Different colleges may use different formations for the glasses, but the pyramid is the most common. Fill half the glass with beer so that the beer won’t spill when the ball lands in it.

Objective of the game

The two teams stand on both sides of the table with the beer glasses laid out in the required formation. The game may start with the toss of a coin or rock-paper-scissors. The team with the winning call decides whether to take the first throw or not.

The ball can be thrown either directly or it can be bounced. The ping pong balls need to be clean. If the ball gets into a glass on a bounce, then the opposing players have to drink the glass in which the ball lands and another glass. The losing team gets to choose which glass they will drink to maximize their advantage.

One thing to remember is that once the ball hits the table, the rival players can hit the ball away. Of course, there is the risk attached where they might end up hitting the beer glasses, in which case, that team is liable to lose those glasses.

There may be several variations to the basic format of beer pong. The first, most common way is using paddles. You need to use a ping pong paddle and serve the ball into the glasses and hence requires more skill. Sometimes when the ball is circling around the rim and is about to get in the glass, players may be allowed to blow the ball out of the glass. Some rules also allow the team to re-rack, i.e. to change the formation of the glasses once or twice during the game to make the game slightly difficult for the opposing team.

This game isn’t the best for your health. It is crucial to remember that all players must be above the legal drinking limit of your state to play. 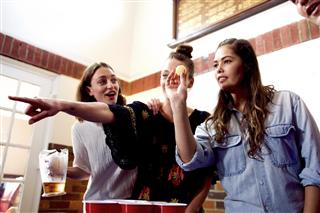 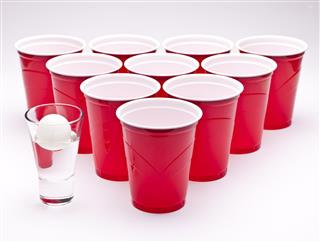