You invite guests to solve a murder mystery. And you serve them dinner, drinks, and desserts. Sounds exciting, right? A murder mystery dinner party is what it is called. If you are planning to host one, this PartyJoys article is for you. 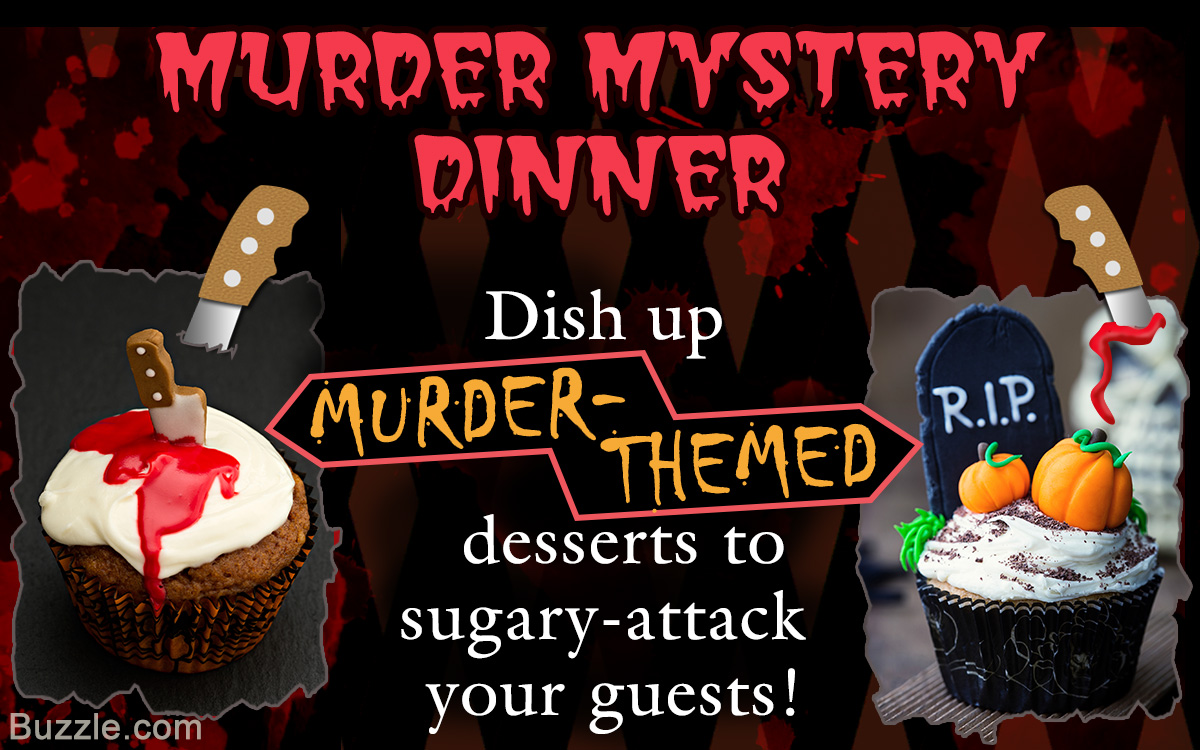 You invite guests to solve a murder mystery. And you serve them dinner, drinks, and desserts. Sounds exciting, right? A murder mystery dinner party is what it is called. If you are planning to host one, this PartyJoys article is for you.

Have a photo booth to spruce up your party. Keep accessories like fake mustaches, wigs, or hats and your guests will absolutely love getting their snaps clicked.

Murder mystery games are becoming a rage nowadays. They are super fun. In these party games, one plays the role of a murderer and others need to guess who it is. The game typically begins with a plot; a murder mystery that the attendees of the party need to solve with the help of clues given to them. The games may be structured or unstructured. In the former type, the attendees are instructed on how to enact, what to say, and given characters. In unstructured games, the investigation is left up to the attendees. When made a part of dinner parties, these games are played in groups and last for a couple of hours, after which dinner is served.

The parties are usually themed around the game, wherein the guests are supposed to dress as per the roles given to them. And the invitations, food, and decorations may also be mystery-themed. Elements related to ‘murder’ and ‘mystery’; for example, red or orange colored food, fake blood, etc., are often included in a murder mystery dinner party. Here’s your guide to hosting one.

► Invitations are an important part of a murder mystery dinner party. Since, you would be having a character-based game (which means each attendee will be given a role to play), it’s important that all the invitees attend the party.

► Send invitations well in advance so that your guests get ample time to work on their costumes. Ask them to RSVP.

► Assign roles according to the personalities of the attendees.

► Send them the character descriptions as soon as they confirm their presence. It should have all the details about the character, like the personality traits and body language. The guests can add their own twist to the characters, but the plot shouldn’t change.

► It’s a murder mystery dinner party, so the theme has to have that air of mystery.

► Some themes look amazing and are easy to implement; for example, a cruise ship, an awards show, a Hollywood night, Victorian age, the ’90s theme, etc.

► Decorate the venue keeping the mystery theme in mind. Use lights and music that go with the theme.

► Try your best to give the party a realistic feel. It will also help your guests enact their roles better.

► You may opt for a Halloween theme and choose other elements accordingly.

► You may choose to have a sit-down dinner, or a buffet. Serve finger foods or barbecue recipes as starters, include red or orange colored mocktails, anything chocolate for the desserts, or include Halloween-related elements in the menu.

► Dishes like mini pizzas, lasagna, stew, chips, or quiche are other options.

► Serve a variety of drinks, (cocktails or mocktails) or red wine. An interesting idea would be to serve red-colored drinks to complement the “murder mystery element”. Red wine, Bloody Mary, red martini, or sangria are some options.

► Red velvet cupcakes, chocolate desserts, or pastries shaped like coffins can be served.

► Choosing the right games is important, as it will make the party more interesting and fun.

► Choose an online game or a box game. In a box game you will get all the details about the murder, the plot, characters, and investigation. For newbies and smaller groups, box games are a better idea, whereas larger groups can opt for online games.

► Another idea is to write your own story. Exciting right? But it is doable for a small group, and will take more time and effort. You will have to decide everything, the clues, the murderer, and other characters. But if you are successful, your party will be super hit! Take inspiration from movies or books.

► Now that your game is decided, the most important aspect will be to ensure that everything runs smoothly. Explain all the rules to the guests. In some games, you would know who the murderer is, while in others, even you would be able to take part in solving the mystery.

► The game could take more than a couple of hours. Decide the pace of the game according to your convenience.

When all the aspects come together perfectly, your party will be a hit. With a murder mystery to solve, your guests are sure to have a great time.