30 Best Ever Songs to Play in a Retirement Party

Retirement is a milestone in life that is worth celebrating. You bid goodbye to your working life forever. So you have to make sure that it is worthwhile and memorable. Planning a retirement party for someone? Here's a list of some retirement party songs that you can play.

Retirement is a milestone in life that is worth celebrating. You bid goodbye to your working life forever. So you have to make sure that it is worthwhile and memorable. Planning a retirement party for someone? Here’s a list of some retirement party songs that you can play. 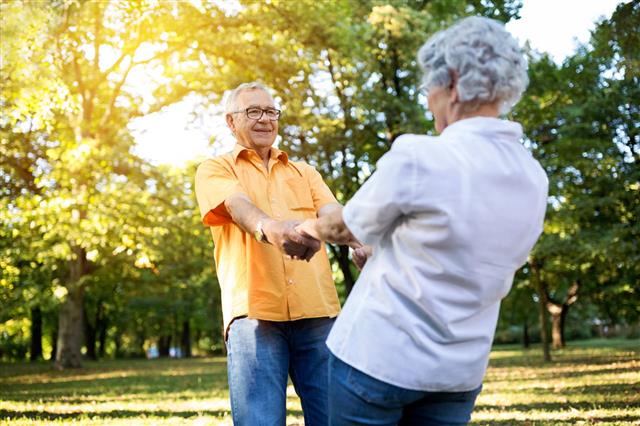 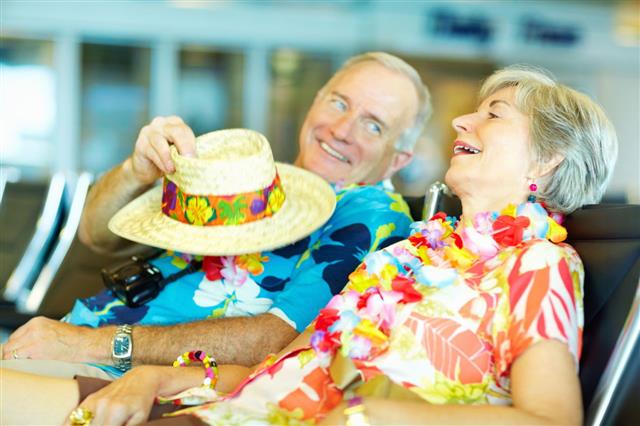 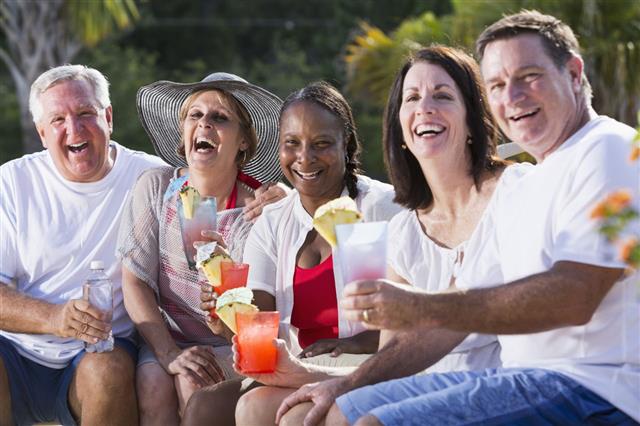 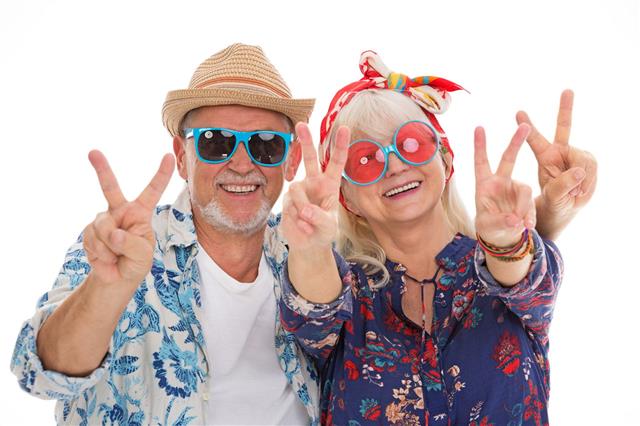 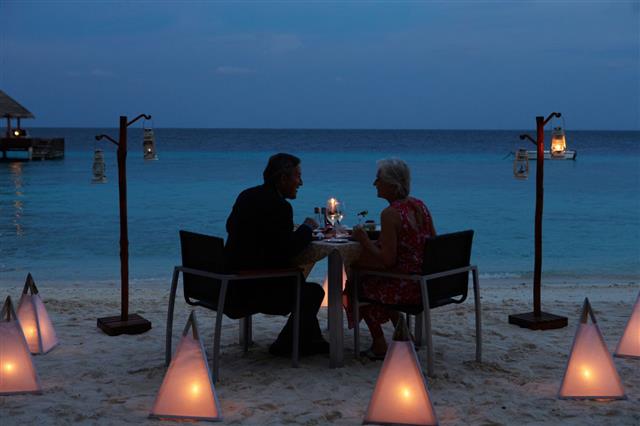 Retirement is a new phase of life. It’s like you set on a whole new journey with nothing to worry about. No boss, no targets, no reaching office on time, no working hours, and last but not the least, not having to set an alarm every night before going to sleep. Such bliss! You earn this day after having worked hard enough for more than half of your life. This is a time to do everything that you think you could have done while on the job, be it traveling abroad, playing golf or any other sport, pursuing any hobby, or doing anything that you always wanted to do.

But as the adage goes, “the grass is always greener on the other side.” You will have lots of free time in hand, but might not get to spend time with people whom you had been working with for ages. Although a new start of life, it is also an emotional and nostalgic time.

While throwing a retirement party for someone, you will have to take note of keeping balance between funny and nostalgic songs. It should set the right mood for this special occasion that will be remembered for the rest of their lives. Below is a list of good songs that you can play for a retirement party.

Teachers are an integral part of a child’s upbringing. They influence the lives of hundreds of children every year and help them nurture their talent. They are like the tour guide to their futures. They help children discover and explore themselves. If your teacher is retiring or if you have a friend who is a teacher and is about to retire, then scroll below to find out what songs you can play for their retirement party.

“Wind Beneath My Wings” By: Bette Midler

This song is perfect for a person who has been your mentor or hero. Dedicate this song to your teacher, and make them feel special. The lyrics of this song go as, “Did you ever know that you’re my hero, and everything I would like to be? I can fly higher than an eagle, ’cause you are the wind beneath my wings. …”

This song is really uplifting. It shows the retiring person that he/she has really left a legacy behind. Play this song, and your teacher would feel honored.

“School’s Out” By: Alice Cooper

This song indicates that the school has not only got over for the summer, but forever. Although more appropriate for children, this song can also be played just for fun, for a teacher who is about to retire. It might just bring a smile to his/her face and uplift his/her emotional mood.

“Good Riddance (Time of Your Life)” By: Green Day

The lyrics of this song go as “I hope you had the time of your life …” It is a perfect goodbye song. It became popular for graduations and other farewell occasions.

Doctors are people whom we rush to every time we fall ill. They save the lives of many people every day. It is such a noble profession. They surely deserve a grand send-off. Here are some songs that you can play for a doctor friend who is retiring soon.

“Young at Heart” By: Frank Sinatra

This is the best song written by Frank Sinatra. It is perfect for a person who is old enough to retire, but still young at heart. The song will best suit a cardiologist.

It is the best suited song for doctors. The lyrics go like, “Bye bye love, bye bye loud call bells, and all those yucky smells … There goes his BP, chaos ensues …” You can also rework on this song to make it more appropriate. Listen to the song and you will know!

“We’ve Only Just Begun” By: The Carpenters

This song was written by the Carpenters for nursing students. This song can also imply that you have just begin to live your life when you retire.

“Sitting on the Dock of the Bay” By: Otis Redding

This song is dedicated to all the emergency doctors who run around for almost their whole career caring for people and saving the lives of many. They are clueless as to what’s in store for them next.

Too many phone calls and bells ringing all the time can become really chaotic and irritating at times. Listen to this nurse’s version of Margaritaville.

No more sirens, no more running around, no more night duties, and no more prisoners. Although no more of all this, but it can be a bit difficult for a person who loved his work of a cop and took great pride in it. After all, that’s the reason we are safe every day.

This is the most apt song to play at a retirement party for a cop. A little tribute to all the cops out there who keep crimes in check so that we can lead a peaceful life.

“It’s Just a Matter of Time” By: Graeham Goble

This song is all about having hope and looking forward to the new future because it’s just a matter of time for the new change to come.

The pretty obvious choice of a song to play for a cop. This song was also an opening theme to the U.S. TV show called Cops.

This is the most suitable song for a cop. Hear the song and you’ll know what I am talking about!

It is a rock song written by Jerry Leiber and Mike Stoller. It was then recorded by Elvis Presley. It has unusual and funny lyrics, “Number forty-seven said to number three… You’re the cutest jailbird I ever did see… Let’s rock; everybody, let’s rock… Dancin’ to the Jailhouse Rock.” Although not exactly a retirement song, but you can surely play it for fun and some laughter.

Retirement Party Songs for Your Boss

We are sure some of you are glad that your boss is retiring. (Phew!) But for those of you who have been lucky enough to get a wonderful boss, this list is for you.

Although this song is a cliché, it would echo with all those at your party and specially your boss. Who else would understand the routine of working 9 to 5?

This song is about a hard-working man and his life. This is a perfect song for someone who has worked hard all his life and deserves a long and final break.

“I’m free to do what I want any old time …”―so true isn’t it? Retirement celebrations are incomplete without this song. It is sure to put in some laughter to the retirement blues and gloomy mood.

“Manic Monday” By: The Bangles

“It’s just another manic Monday.. I wish it was Sunday.” Almost everybody can relate to these Monday morning blues isn’t it? This song is appropriate for a female boss, and it is sung from a female perspective.

“Celebration” By: Kool & the Gang

“I’ll Be There for You”
By: The Rembrandts

“The Best is Yet to Come”
By: Frank Sinatra

“You’re Still the One”
By: Shania Twain

“Work is a Four Letter Word”
By: The Smiths

“My Way”
By: Frank Sinatra

“I Don’t Need Your Rockin’ Chair”
By: George Jones

“Work is Overrated”
By: Chicago Skinny

“Sunday Driver”
By: The Limp Twins

“Take This Job and Shove it”
By: Johnny Paycheck

Retirement doesn’t mean that a person is getting old and cannot do anything. It just means that he/she deserves a much-needed break from work. The person might go through a mix of emotions – being happy, sad, gloomy, grumpy, or funny at times. But it is inevitable. You have to encourage them to be resilient to the sadness of retirement and hop up again to fulfill their dreams that they could not while working. We hope this list was of help to you, and we also wish that your party is remembered by everyone for the rest of their lives. 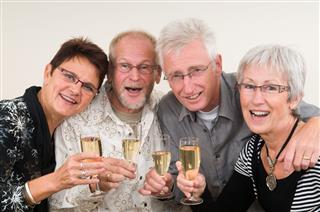 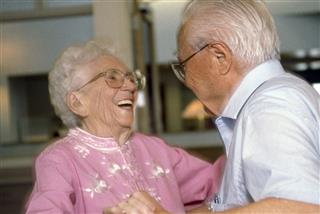